Blog Introduction & A Bit Of History

Welcome to the Imperial Might Development Blog! You may very well have a broad picture of the game visiting the About The Game. If really interested in the game, check out The Newsletter section so we keep in touch. In About Me you will know a little bit about who is behind all this thing.

This is a timid first post where I share a little bit of history about how I decided to start the game as a good first post to introduce the blog.

In the beginning, the earth was without form and void… 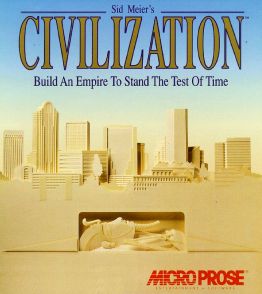 Ah, the old Sid Meier’s Civilization I and its awesome intro. It was 1992 I believe and with 10 years I had read some reviews about that game in my local PC games magazine. Lead civilizations, develop tech, wage war but also do diplomacy, all that while founding cities and travelling through the ages. I was hooked. The guy who sold me the game said:

And with my rudimentary English of the time neither did I at first but boy I was thrilled. That’s when started my affair with Grand Strategy games. 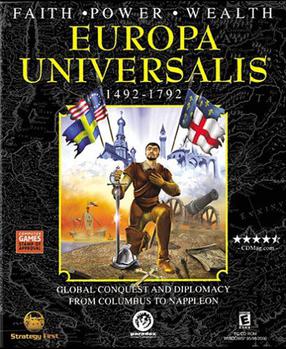 Ten years forward and the Swedish company Paradox releases Europa Universalis. After the let down of Civilization III I found in Paradox the answer to all my strategic needs. It featured a rather limited at first glance diplomacy system but combined with the other features of a Grand Strategy game made it a blast. 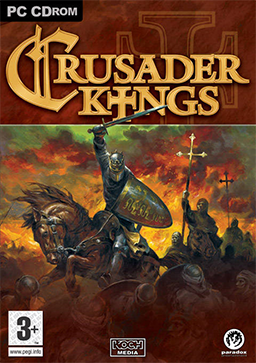 A few years later, Crusader Kings came up and that changed everything. Politics had a real impact in a game for the first time. Intrigue, religion, war, economy all interweaved in such a masterpiece that only Crusader Kings II and its expansions managed to surpass.

I’ve been always a history buff. I’m not by all means an erudite but I did enjoy reading Wikipedia entries in my free time and later YouTube channels about the matter. While reading about great leaders with its armies reshaping the map of the world several times, extending its influence and power and the inevitable demise, I had a lot of game ideas running in the back of my head. 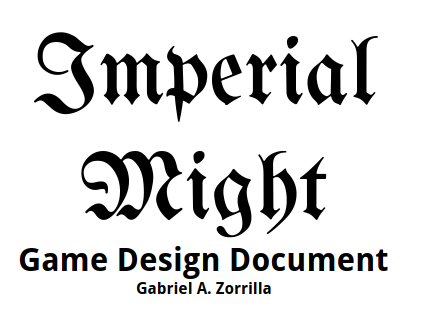 That led me to June 16, 2011 to start writing down the game concepts I had in the first Imperial Might Design Document. Of course being a solo developer the best practices of tracking down things were not used and I just wrote some ideas and started coding. Started in Java and a few months later quit. Then in PHP and also, a few months later quit. Then a couple of years later in 2015 tried to get serious with Python and actually got quiet a bit of the world generation done but lacked motivation and quit.

Then in April 2018 I started again. This time, I restarted under a new angle, not doing the world generation but instead focusing in people expansion so at least I got something to see and be motivated. Then discovered Go, the programming language developed by Google. It is compiled whereas Python was interpreted meaning that the code executed an order of magnitude faster and the best thing of all, I found some libraries for it that had to research and program in Python because I could not find any. This was a huge kickstart in the redevelopment of IM and gave me a new rush of motivation.

All that lead me to today’s post. Doing a game is a gamble. What I like others may not. It’s pointless to make something that only me will use, more so considering the fact that I’ll need at least other 15 players to be able to play. That’s why I’m making this blog. To share some of the design ideas I have and with some luck, get some feedback. The more user interaction I get the more refined the first Alpha will be and the most important thing of all, the more motivated I’ll be. Because an indie developer is not a true game developer unless launches something.