Well what a year this 2020 resulted to be. Such a beautiful number ruined because COVID-19. After more than 30 days in lock down, I kept working on the game.

River generation is 90% done as well as mountains. Added hydraulic erosion which turned to improve the quality of the generated map by a tenfold. I know procedural world generation is not something the player will have to deal all the time, ideally only once every few years, either because got bored of the current world and players or got vanquished and refused to become a vassal (all this gameplay options yet to be defined!). I know I’d have gone with other more down-to-Earth solutions, but I felt this needed to be done right and now I’m starting to feel confident about it, more important, quite relaxed and even happy that after all these months I do feel I’ve made a breakthrough in the last couple of weeks.

Now is the time of the final tailoring of the biome distribution. I made some reporting statistics per region as well as global to know how much I’m having of each. This is an example:

Here you can see the distribution of a specific sector of the map. Based on these numbers I tailor the generation features (rivers, mountain position, etc.) to match the approximated mix I want to have on the maps (remember, maps are generated procedurally, so I have to work with approximations). I want to get a good amount of forests and generally temperate areas, however, harsh biomes such as tundra or deserts will offer challenges to the players as well as rewards such as special resources and perhaps distinctive population traits. 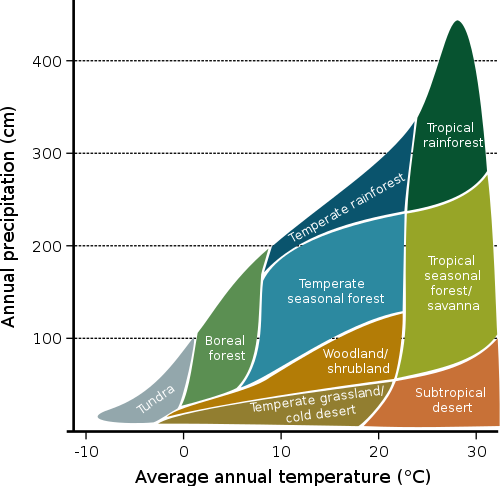 The graphic on the left is a sample of a Whittaker diagram where I based the biomes in the game. As you can see in the code above, I did not put all of them due gameplay issues, just the most representative.

Also you may have noticed…

As you can see I have lighten up the site a bit, being more in sync with the spirit of the game which is retro and simple in visuals but with a bunch of gameplay. Also a dark mode! Wow! I believe there still a few details to correct but I’m ok to make it public as–is now.

This is all for this post. We are in difficult times, specially for all those whose income depends on being on the street, in shops, helping and offering services to others, they are at double risk. Let’s all bear that in mind and be generous in our own ways.